We're Tim and Lou, two photographers who spend most of our time photographing weddings and elopements in the UK and pretty much anywhere else a flight can take us. Relaxed, natural and authentic photos is very much our vibe. We both photograph independently as well as together depending on the shape and size of your day. If you think we’d be a great fit then get in touch to tell us your plans!
FOLLOW US
PREV
Hazel Gap Barn Wedding | Jenny & Matt

NEXT
Wedding Photographers in Derbyshire 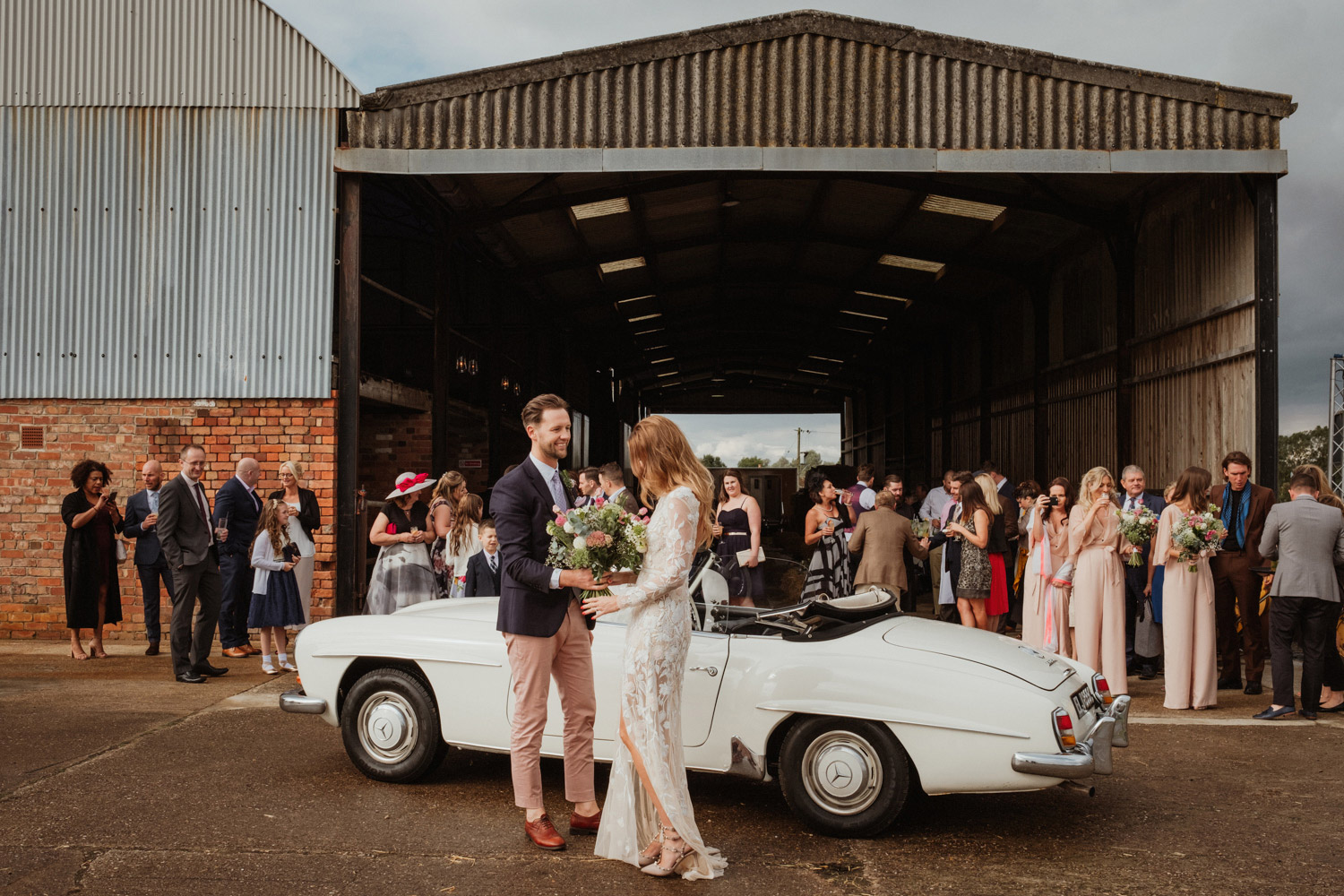 We were utterly inspired by Mel & Dan and their rustic barn wedding. They were looking for a blank canvas venue around Nottingham, found a rustic barn on a working farm in Nottinghamshire and then set about making made it their own! It took us a while to realise that they had actually done everything themselves…and we mean everything! They built the bar, fitted all the lighting, even found a tractor which they made into a showpiece. Every last detail was theirs. Even the food and drink was a show stopper, from canapés on clock-faces to smoking limoncellos!

Mel & Dan’s creativity and enthusiasm was infectious and quite honestly, truly inspiring. An hour with these guys and everything seems possible…obstacles don’t exist. A perfect example is how they found their wedding car. Walking down the road one day, Dan saw a very rare, classic, Mercedes go by and stop a little further along. He loved it and just knew that it had to be their wedding car. For most, that would be the end of the story, but not for Dan. He just went up to the guy driving it and asked if he could borrow it for his wedding. As simple as that!

It’s wonderful to meet a couple with such uncompromising vision, staying so true to themselves. Their rustic barn wedding was rounded off with an awesome live set of edgy mashups and medleys from Chromatic (these guys were something else!). We left everyone pretty late, partying hard into the early hours with no sign of it winding down. An amazing day to be part of and one we won’t forget. This was a rustic barn wedding that will be hard to beat, Mel & Dan set the bar pretty high!

Thanks for checking out our work! If you like what we do and think we’d be a good fit for your day then just drop us a line to get things started and we’ll get back to you asap…

GET IN TOUCH
PREVIOUS STORY